The bible, imagination, and the universe 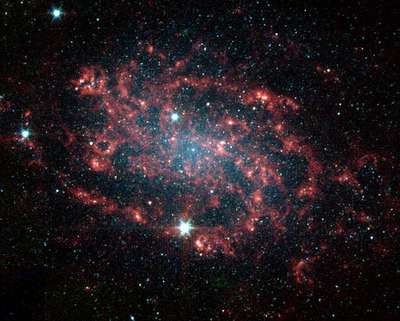 
"The Bible is not as much a book as a Universe. The more we can live inside that Universe, seeing through it into whatever issue confronts us, the more we can hopefully live authentic Christian lives."

Just a few thoughts came to my mind so bear with me.

Logos not only means "word" but also has in it the idea of a conversation... in fact it is an on going conversation. While I see this encompasses the imagination of God (which is unlimited) it is also a universe unto and for us. In fact it may be multiple universes all interconnected.

Gen 11: 6. The LORD said, "If as one people speaking the same language they have begun to do this, then nothing they plan to do will be impossible for them.

God states what we can imagine we can do. Whatever we plan (imagine) we can do... the imagination is incredibly powerful as such that one can make what is nothing (pure imagination) into something (in the case of Genesis, the tower of Babel.) What if this power was in line with will of God?

What if the bible was the fuel of the will of God to inspire the imagination to come into one universe (mind of Christ) and accomplish all God has planned?

Email ThisBlogThis!Share to TwitterShare to FacebookShare to Pinterest
Labels: Christ in you, in Christ

This is the type of article that stirs one to keep meditating. Keep it up.... I love the mystery and imagination combo built into this posting.