Loving others is a valid choice 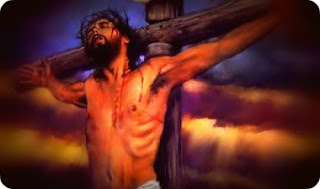 I often replay a conversation with a pastor friend of mine that happened a few years back. I explained that I choose not to judge gay people and that I choose to love people as Jesus directs me. His response was, "You still need to take a stand against sin." I was a bit dumbfounded at that moment.
Here it the thing. Love is a valid choice if not also one of the two commandments from Jesus. Jesus did not come to judge us, but came to save us. Love was His mission. I wish I had the answer I have now for such a response...
I would say, "Then what the hell did Jesus die on a Cross for if not for love?"
Posted by Unknown at 9/30/2015 10:42:00 AM No comments: 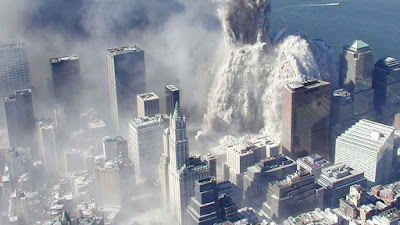 I have mixed feelings about today.

I turned the TV on and saw smoke coming from a building. One of the Twin Towers was on fire and that seemed horrible enough. Words from the TV came that a plane had hit the building and that was worse – Then I witnessed the next plane hit the second building.

I was living in California, which seems a million miles away from NYC. The news over the next few days seemed even worse. While there were some acts of heroism, these acts do not bring back those loved ones who died.

On one hand I mourn for those lost and the horror of the 9/11 events. At the time, I was one who needed "justice". I listened to my leaders and backed them, as they knew best as to how to administer this justice. I laughed at the bombs over Iraq and the lights giving that justice. Then one day it happened.

I realized somehow and someway between verses of “Bomb, bomb, Iraq” that those being bombed did not attack us. Most likely, they were civilians hoping to live out their day, as I want to. They wanted to wake up and kiss their children and head out to work. Instead, their homes were destroyed and so much collateral damage was done. By collateral damage, I mean innocent lives. I hung my head in shame over what we had done as a nation.

Now, when 9/11 comes I have a mixture of sadness and mourning for all the lives I have seen wasted. I learned more over the years of the policies that lead to 9/11. I read the conspiracies that I knew for sure were wrong and now, after reading all the atrocities the US policies have done over the years, just if, it was all a farce to keep the oil companies and military machine going.

Jesus has also brought me out of the blindness of right wing conservatism that claims God and Jesus but in action does all it can to hurt those who need help the most. I found a political party mixed with religion is a dangerous thing. Power seems to corrupt even the purest of ideals if unregulated. I come to understand more that I serve only one Kingdom. I am called to be a good citizen and in doing so must help create a better nation.

My feelings are mixed, however I resolve never to let it happen again even though I know it will. I resolve to elect those who do not want war or line their pockets with big oil or other company’s money. I want a better America that does not arm terrorists and then wonder why they attack us back. We need to grow away from war-based government and learn a better way that leads to peace.