My thoughts on inerrancy and infallibility 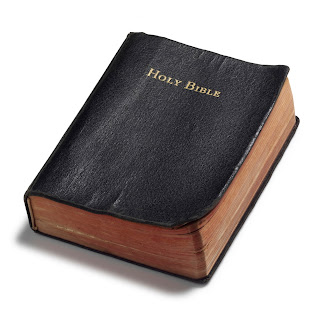 Believe me, if you asked me about 10 years ago about this I would be giving a much different answer. Personally, I found that the way I use to read the bible (literally) was harder and lead me to some wrong understandings. Often, I was confronted with the idea that some thoughts could not be "God's word" as they were lies coming out of Satan's mouth as in the case when Satan is tempting Jesus. I realized that to say, "I read it literal", was to limit or add to what the text stated and often gave the wrong focus on the story or text.

I do not believe inerrant and infallible mean anything as far as the Bible is concerned. In fact, it was not spoken as such until the fundamentalist talked of the bible in the 1920s. Then later in the 1970s, the Chicago Statement, (I believe that was what it was called), made it more mainstream. However, even Francis Schaeffer felt the compromises made over the words diminished their meaning. While he was a advocate for inerrancy and infallibility just noting that his not wanting to sign the Lausanne Covenant for not having “inerrancy” in the Statement shows how important at one time those words were.

Later, I walked amongst the Baptists, the Assemblies of God, Calvary Chapel, Vineyard, and Methodists who all had different definitions for inerrant and infallible, which also by this time became a litmus test to see if someone was truly saved or just a liberal. However my biggest issue is the feeling of intellectual dishonesty in saying the Bible is inerrant and infallible is that we do not have the original texts so do not have a source to prove the claim. There may be enough evidence to claim it but still no proof.

I prefer, as I told my Regent University teacher to use better words. He seemed to be slightly annoyed when i presented this. I wish I had a catchy acrostic. LOL!

1. Credible, as it has been handed down for generations and has remained the same.

2. Reliable, as there are thousands of manuscripts that show consistency in the transference and translations.

3. Relational. Unlike no other book does one read and learn in a relational way about God from God.

4. Authoritative. As it is the holy and sacred scripture gifted to us by those believers who came before us. It is inspired, but not as if dropped from heaven but rather filtered through humans who God inspired to write as the Holy Spirit directed.

I found, at least for me, that these give me more freedom to read, interpret, understand, enjoy, and learn from the Bible. Most of all, these descriptive words keep the book a living book for me. I believe the Holy Spirit moves within the pages and if one approaches the bible humbly he or she will come away with a deeper understanding of Jesus and who they are as a person.
Posted by Unknown at 10/28/2015 02:50:00 PM No comments: