Evil-- what's love got to do with it? 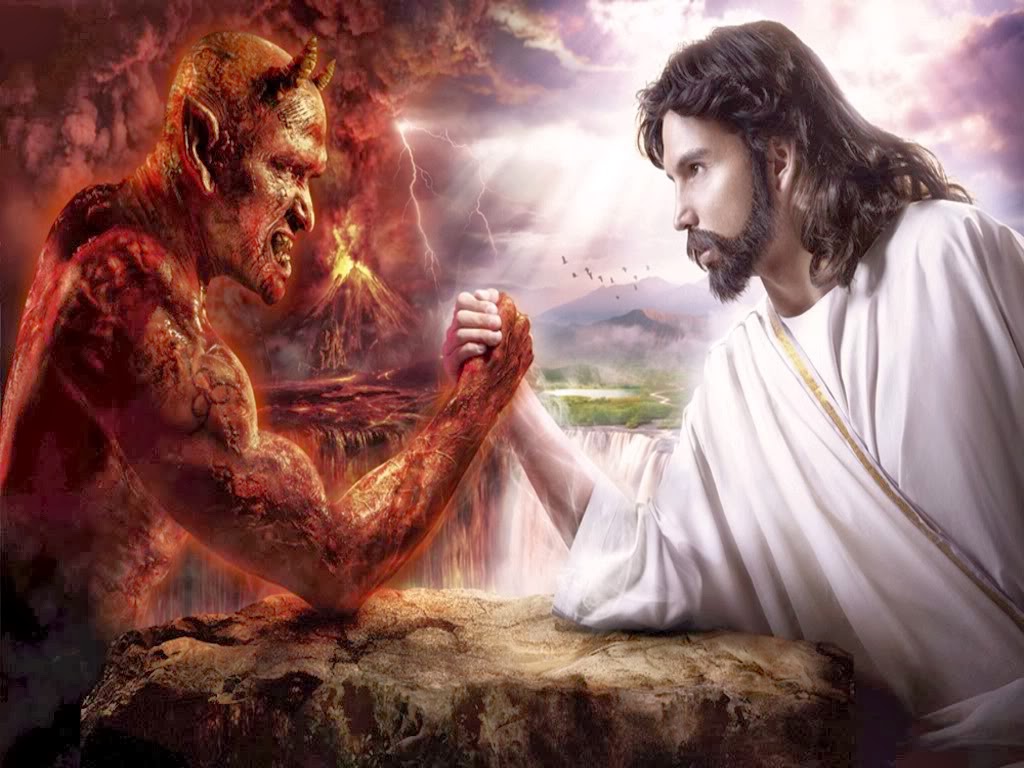 picture source (not necessarily an endorsement)

This is short answer to this weeks discussion question: Explain either the logical or evidential argument from evil against theism. Evaluate one response to this argument.

Evil-- what's love got to do with it?

Top of Form
Is the issue of evil that God permits evil? We ask; if an all-benevolent God, who is all-powerful, meaning able to stop evil, still lets it happen, how can such a God still be God?

Let us back this train up. God created humans in His Image. From there, and after many encounters with atheists, when they bring this question about God up, I ask back, “Then what are you doing about evil?” Usually, the atheist is dumbstruck and cannot answer. If there is a God and He allows evil, it is because we are His representatives here on earth. He set us here to be Him, (in a sense), to reconcile things when they get out of balance on earth. However, humanity fell into the lie and false reality that death reigns. We believed that death is more powerful than God is and submitted to our own fate of death.

God has communicated over the years that we can choose life, good, and fight evil. However, we wanted to fight God with religion. God gave us Judaism, (one of the few religions that believe in One True God), yet that was not the answer. The answer is not doing right, or following rules. The answer is love. God is Love and we are called now, through Jesus Christ to be the Image of Christ Jesus. We are called to love others as Jesus loves us. That means things like, loving gay people without agenda-- except to love them as God does. We can use the fallacious arguments of slavery, meaning the bible teaches how to treat slaves, as meaning owning slaves is OK with God, yet we cannot read the words of Jesus and Paul without seeing we must love that slave as a brother, (or sister), who is equal to ourselves. We must, in fact, learn to love all people as equal, and worthy, as we are ourselves in God’s eye.

It appears, as our textbook points out, (as well as the biblical text it refers to) that God at times places someone (Joseph), in harm’s way via evil to prevent further evil or to protect those God loves. [1] Is this evil or provincial love from God to protect all from further evil? Pointless evil? Starvation perhaps? Can we say this is not God, but humanity’s own twisted value or devaluation of humanity? When economics, (profits), are more important than a human being is; then man, not God, has twisted the value of humanity. When Enron fell, just maybe, God’s hand was in that. He may have had a hand at the 1990’s internet startup business model failing because it has not brick and mortar foundation to back it, meaning, millions of people would lose all their money in a virtual, (say fake), business model.

Often we cry evil when evil is not there. Why do some Christians say a Tsunami, or strike of lightening is evil, yet see a lion take down a zebra as “nature”? We tend to seem like we Christians worship Zeus or Allah, rather than God. If we cannot see a reason, per se, or unnatural cause, then, just then, it may not be evil, but part of creation God called it to be. Remember, death was in the Garden with Adam and Eve, otherwise humanity would have been left in a fallen state for eternity if they ate from the tree of Life. God cast them out so that we, fallen humanity, may have a chance to be redeemed. Oh, sorry this is so long. Thanks for reading it all the way through. Believe me, after many debates with atheists--I have more to say. Please do not get me started on how David Hume actually proves empiricism cannot prove or disprove God, and how he pointed out that science was the wrong tool-- and philosophy is-- in proving God's existence. That topic alone could be a thesis for a doctoral paper.