What not to say to LGBT people 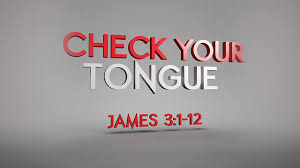 James 3 My brethren, let not many of you become teachers, knowing that we shall receive a stricter judgment. 2 For we all stumble in many things. If anyone does not stumble in word, he is a perfect man, able also to bridle the whole body.3 Indeed,[a] we put bits in horses’ mouths that they may obey us, and we turn their whole body. 4 Look also at ships: although they are so large and are driven by fierce winds, they are turned by a very small rudder wherever the pilot desires. 5 Even so the tongue is a little member and boasts great things.


Things you should not to say to gay people if you want to show them the Gospel.
Here is a list of things that will make a gay person shut down and not listen to you. Worse, if you are “preaching the Gospel” they will not hear it because of your words. In fact, many evangelicals do not understand that the “code words” they use are no different from the plainspoken language of Fred Phelps and his church. Therefore, if you want to be seen in Fred’s camp stop reading now.
Saying, “Homosexuality is a sin.”
The issue is you are dealing with something a person cannot change. This is like telling a black person their skin color is a sin. They cannot change the color of their skin any more than a LGBT person can change their sexual attraction. Most people may say, “I am fat”, but the reality is we have fat and are not just fat. An obese person is not just fat but also all else, that makes them a human being. To say, “I am fat”, is like saying, “I have an arm, so therefore I am arm”. Pretend again that you think black people are sinful because of the color of their skin. Are they sinners because of skin color or for something they did? Can they change to fit your view of what is sinful? You may think homosexuality is a sin, but is being homosexual a sin? On the other hand, are you stating the act of homosexuality is a sin? Say what you mean.
Using the word Homosexual:
Just the fact you used the word “homosexual” can be taken offensively. In many LGBT minds, this is as derogatory as any offensive term towards others. Use what LGBT prefer. If you lack the proper term then simply say “gay” or “transgender”. If you are talking about a transgender person use, his or her preferred gender identity: This is simple human respect to another human. I would be offended to be called a woman, (though I think woman are awesome), why? I identify humanly as a male person.

Calling gay people “sodomites”:
This just shows your own lack of Biblical understanding of the Biblical meaning of sodomy and what a Sodomite is. A Sodomite is a person who rapes and abuses others for their own pleasure. The act of sodomy is usually done by a heterosexual man against women or men. It is not gender specific. A great example of this would be to have you do a personal study on Domitian and his personal dinner parties. The entertainment was sickening and reveals what a Sodomite truly is.
Modern day LGBT couples are not Sodomites nor identify in any way in that sort of lifestyle. By calling someone, a Sodomite also shows you do not have a proper understanding of the verses in the Bible. Sadly, the word homosexual was used in translations and watered down the horror of sodomy and what being a Sodomite truly is. The sin of Sodom was more inhospitality. In fact, Lot sort of broke a rule in how he treated the angels with hospitality.
The men who came to the house did not care about “gay sex” but wanted to be a sort of perverse hetero-rapist welcoming committee to fix the hospitality Lot gave. Really, the real sick thing about the situation was that Lot was willing to give his two virgin daughters to the men to gang rape them to death. We focus on the men at Lot’s door as “gay” but the reality they were most likely heterosexual men who were abusers of other men, women, and children.
Saying, “It is a choice”:
Regardless of whether it is or not, (though if you are educated you would know people are born gay), saying it is a choice means nothing. It offends but means nothing. Why? Because, we are all born sinners and have made choices against God. In fact, to deny your own sin is to prove the Truth is not living in you! If you were truly honest, you would admit you still sin and nothing but the grace of God saves you. This is a double standard you place on LGBT people and a lie you tell yourself to keep yourself seeing your own sin.
Sexuality is tricky and heterosexuals tend to not realize they never had to tackle their sexual preference. However, LGBT people come to a point where they feel different. This is not by choice but an act of self-realization. There is not a time a LGBT person chose to become gay they just realized they had same sex attraction that was always there. Here is the main point on this “choosing”, straight and gay people are equal as far a being born.
Talking about “the gay agenda”:
Yes, gay people do have an agenda, but it is not what you think. The agenda is recognizing gay people as human beings with the same rights as other human beings. In fact, this is one of the most bigoted things you can say to a gay person. It shows you see them as not humans who deserve the same basic human rights that you already have.
Having the basic assumption, they do not know the Gospel:
This takes true humility. Anyone can be wrong. I have been wrong many times and the Lord has leaded me out of error into truth. The true believer will accept his or her fallibility and be humble in how he or she presents the Gospel as well as approaches others with the Gospel of Grace.
Assuming your interpretation is the true one:
Not being open to listen to other interpretations hurts the communication between you and any LGBT person. Listen to their different views. Some of course are way out there in interpretation but so are many who agree with your view.
Talk about programs that help LGBT people become straight:
It is well known these programs do not work and in fact are more harmful than helpful. Even many of those who developed these programs and claimed they became straight have now stated they are still gay. LGBT people who have been through these programs can tell how horrible they were and that they did not work. One person I know was simply taught to put on a pretty dress, some makeup, and that would help her feel more feminine and not want to be attracted to other women. It did not work. One person I read about had painful shock waves administered when gay porn was shown as some sort of Clockwork Orange style of deprograming. Well, it did not work. Accept it; even psychology now sees that being gay is not a mental illness or deviant. Even if you think being gay is a sin, you are losing ground by asserting it is a psychological issue.
Saying, “You’re so gay”, as a putdown:
Using “gay” or “faggot" or any other similar word as a putdown is offensive. To state someone is “retarded” or telling a boy “that he throws like a girl”. The sayings that are used as ways to hurt others in general seem like something people should be aware of. However, I have heard my fellow believers say these things. While people may say this in jest, imagine if it was said to you and you were gay. Think of it this way. Would you call a Japanese friend a Jap? Alternatively, would you call a Muslim or Arabic person a “rag head? Misusing “gay” is as offensive as these other terms.

Conclusion:
I am blessed to have gay friends show me my straight privilege. I must acknowledge their grace toward me as I attempt to learn and grow. I am not perfect and even though I had thought this post was good, I had a friend who is gay read over it. I was amazed at how much I still missed. The point is, you will get more respect in how you approach the LGBT community by learning how to speak to them as peope. In fact, even as I do the re-write of this post I know there are some major areas I failed. You may not be perfect, but part of growing is being willing to make mistakes. The point is the conversation. Each of us can learn from each other if we begin to listen and not judge.