You can biblically believe in evolution and here is how.

You can biblically believe in evolution and here is how. Part 1

The debate over evolution has raged on for years. Atheists as well as well-meaning believers state that a person cannot believe in evolution and the Biblical account, as they are incompatible. It is also stated, that if a believer does believe in evolution they are not true believers. However, what if the Bible speaks clearly on the topic, but we miss it. What if one misinterpretation or teaching that started early in the church is actually just plain wrong. I also understand if someone cannot allow himself or herself to see outside of what he or her have been taught this will be hard to grasp.

When I was about ten or eleven, I remember family travels where fossil museums were places we would visit. I was infatuated with T-Rex as well as Triceratops and even ate a brontosaurs burger in a restaurant that was in a town that had a dig. The dig was where it seemed many dinosaurs had been swept away by a sudden flood. The burger was really a huge hamburger that I took on as a personal challenge and as I recall, won. I was a bit saddened when it was the announced Brontosaurs may have not existed and were possibly two other fossils spliced together. Now, recently Brontosaurus has made a comeback like Classic Coke.

I remember in one museum looking at a picture of a hairy ape-like man labeled, the Neanderthal, and I turned to the woman next me and stated, “He was one of our ancestors.” She huffed at me and stated, “Maybe yours, but not mine.” This baffled me. I had no idea what she meant until later when I became a believer and was taught evolution was a lie. As a young believer, I took that at face value and read all the creation stuff I could. However, there were things bothering me even back then as I read Genesis…

It struck me one time that this was “the beginning” but seemed that it was not stating it was the “only beginning”. It is the beginning of this creation – the age of God’s image. Many state that there was only God and nothing, and out of nothing God spoke, (Ex nihilo), thus creation happened. I see how people get this but there was something with God “in the beginning” – an element called water.

Evolution claims life came out of water. Interestingly, it appears that this matter – water—is with God in the beginning and is used in creating. God speaks and creates the heavens and the earth yet it was out of water God created. Do you think I am crazy here? [1]

2 Peter 3:5 For they deliberately overlook this fact, that the heavens existed long ago, and the earth was formed out of water and through water by the word of God, (ESV).

The earth was formed out of water… as Peter clearly states... Water was with God in the beginning and the earth was formed out of water and through water by the word of the Lord which would be more accurately creatio ex materia (creation out of some pre-existent, eternal matter). While we can go on some majorly fun red herrings here about baptism,  being born of water and Heaven, and many other great things, I will force myself to just say, when I noticed this element was present with God, that maybe God used eternal elements to create. Just maybe God, being The Creator God He is, has created many times before, and as stated, will create a new heaven and earth in the age to come. (Rev. 21:1)

The age to come.

"The age to come" is an interesting phrase that many seem to gloss over. We have the "now" this present age and "the age to come", that being the new heaven and new earth. These seem to, as the bible shows us, come out of this creation. The bible has many interesting phrases like “ancient of days”, which has an overly otherworldly quality to it. It is used in the book of Daniel a few times but it seems to be in a different realm or dimension. [2] Daniel seems to have trouble describing what he sees and uses words like “like” a few times, for example, “like a son of man”. We take this as the pre-incarnate Jesus sitting in his heavenly realm. It appears to Daniel as an eternal realm beyond this creation.

What would an eternal God who loves creating do? I bet He would create… not just once but eternally. Who is to say that God did not create many different ages before “In the beginning...”? For instance, look at evolution. There are gaps between the “ages” where the animals seem to change, die, or go missing. Then other animals appear and there is a new age. I am saying, just between the Paleozoic Era and Mesozoic Era, there are millions of years. However, we move from finned fish to T-Rex with no real connection between the two ages. While maybe fish or other animals seem to pass between ages, there is a huge gap going from a fish to a T-Rex. Unless--- one is one age and then there is a new creation, a new heaven, a new earth, new animals, and other things including humans but changed according to that age or period.

What I am getting at is that we have the Bible teaching that God is a creating God and that there is this age and the age to come and like the Bible states, the New Creation will be something entirely different from this one and yet somehow, we all will be a part of it.[3] With that thought, it would appear that since all life came from water and through water, then we are all somehow connected together. Remember how God made man out of the dust of the earth? With a little creative license here, the Potter made us out of the creation's clay. Now, I am not talking about pantheism and acknowledge I am treading into panentheism territory. However, I am not stating we are all divine or that the eternal matter is God or equal to God. While this appears to be closest to Panentheism, I feel that there is a difference in that while the eternal element is eternal it is not equal or in God but still separate. However, saying this, there is still the idea that we are now “in Christ” and a “new creation”, which may be a hint at the change in relationship between God and the eternal element or as N.T. Wright states often, “inaugurated, but not yet consummated. It is now and not yet.”[4]

I see it as an extension of God more like a potter with clay. Who is to say that God did not already create human-like creatures before Adam and Eve and that Adam who, as the bible states, was “created in God’s image”? Perhaps, Neanderthal man was just a prototype homosapien with DNA close enough to mix with homosapiens, and fossils are just remains of past creations.

Want one of my books for free? 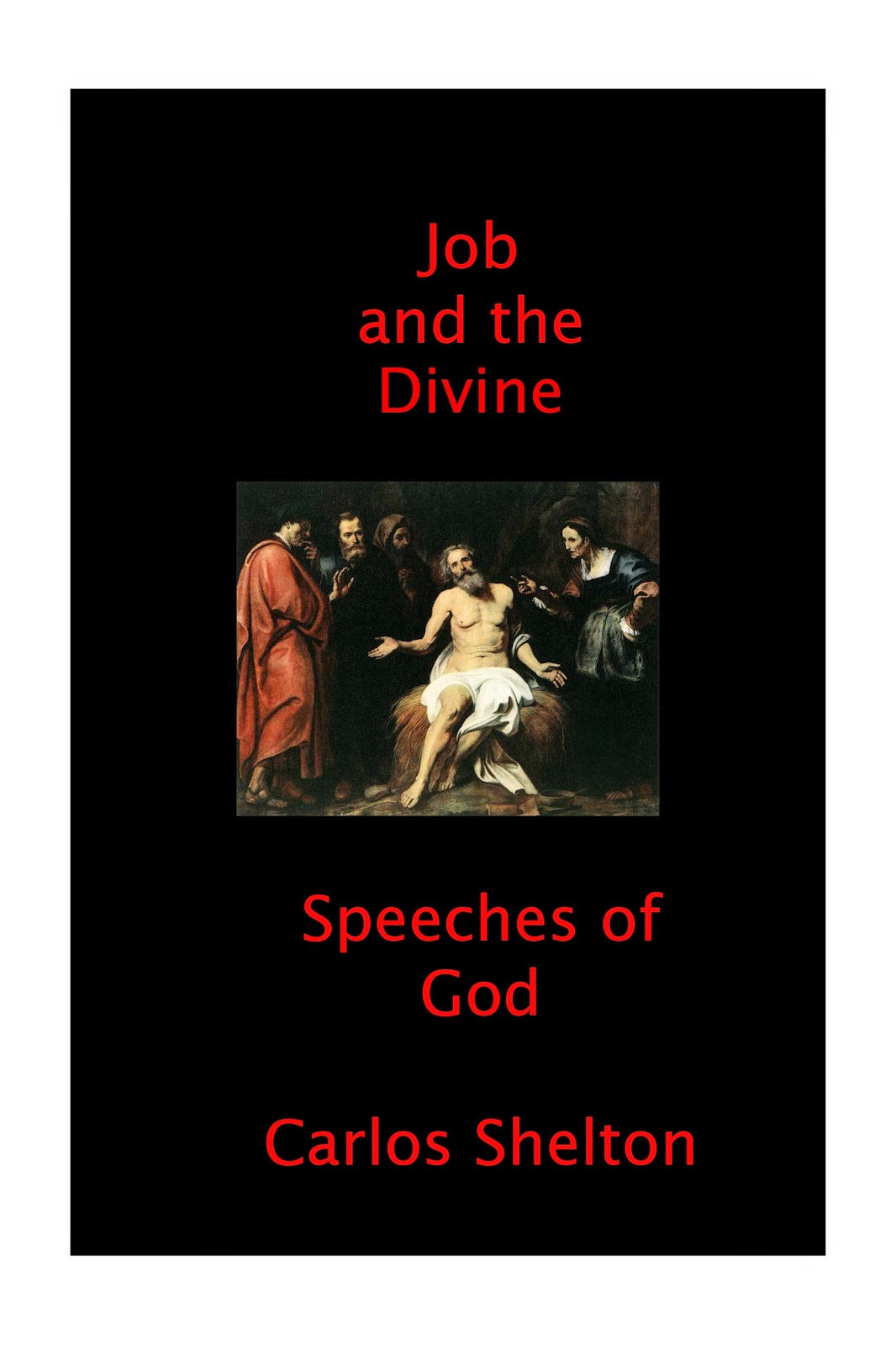 Want my book for free? Be one of the first 10 people to contact me and get my book JOB AND THE DIVINE SPEECHES OF GOD (digital proof version). One catch. you need to read it and review it on Amazon.com
Posted by Unknown at 4/04/2015 02:25:00 PM No comments: