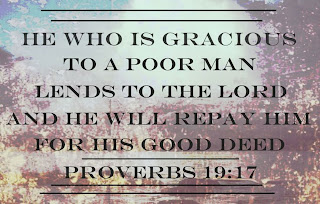 "No one should take my hard earned money and give it to someone else."

I hear this often from Christians lately.

All you have is from God. It is up to you whether you obey the teaching of Jesus and be like the unforgiving servant or the one who squandered his money gift to only have it taken away and give to someone who the kind deemed more worthy. It is up to you to believe Jesus's word or not. I think I want to do the work of the Father and let Him worry about war. I would rather work toward peace and give grace, mercy, love, forgiveness away for free just I received it. I think Jesus is right... don't you?
Posted by Unknown at 4/13/2016 10:26:00 PM No comments:

Just another day at Wendy's in Billings MT 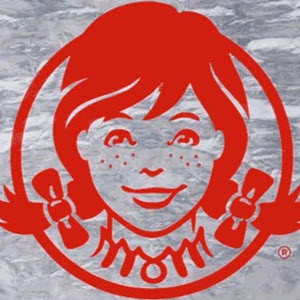 I was just at Wendy's and saw four people who rather freaked me out. I could not figure out if they were upper management, buyers, or sellers. After they were about to go outside one want over and gave a big hung to one of the workers. As they chatted the woman outside looked annoyed and agitate even checking her watch. I guess she was annoyed that the woman was keeping them from looking at the outside trash. Their movements were like reptiles. I wondered again as I watch one of them come in and straightened the rug what they were up to. Then they went and stood in the bathroom doors talking about the bathrooms. It was strange.

I had enough so I called out to them and asked them what they were up to. They said they were upper management and they were doing some inspections. I asked, “Really, is this place somewhere I should worry about?” They looked a little shocked at that and said, “No, this is a great place.”

“Good.” I replied, “I have been in KFC and McDonalds where I literally slid across a greasy floor to the counter to order food.” They laughed at that.

I then stated, “You four sort of are freaking me out. I see you looking under the garbage and moving rugs.” I pointed at one of the men, “And this guy was straightening rugs out before you all came back in.” I went on… I mean, it was creepy – like, if I saw you all in here again I would walk out.” Again, they looked shocked. One laughed and tried be a bit softer and asked “Why?” I straight out stated, “It looks like you are just looking for something wrong so that you can fire someone. I felt the high tension the minute I walked in.”

I mentioned I was lower, lower, management… Meaning --- The customer.

The manager then appeared and she looked a bit butch to me. I am not judging her but with her hairstyle and the way she moved it just seemed that way. I pointed out to her and said, “She’s doing a great job. In Fact I bet my daughter may get that same hair style someday.” We exchanged a bit more and then I added, “You look stressed, like you don’t like you job. At least try to look like you’re trying to enjoy your job.”

As they walked away, the manager with the cool hair came by again instructing a little old lady in how she should scrub out the garbage can containers. I felt sorry, as the little old lady seemed like she could not even bend down to do such a job. Even more, she seemed to be rather stressed. I told the manager that I appreciated her and that we received our food a bit too fast – so fast that we were still standing there just after we ordered and my daughter did not get to hear her nickname be called out. I wanted them to call out ccrocks! I told her that it was the personal touches like that that made me want to come back to a place.

You see, a place of business needs to read the customer and take notice of how they present themselves. I felt stressed, as I could not tell if these four people even liked their jobs or were reptilian aliens who had never seen a Wendy’s before. If I, as a customer, walk in and sense this anxiety, I may not return. This is what I told them.

After they walked away I turned to a fellow customer who seemed to be amused by our exchanged. I stated, “ I guess I just had to bust someone chops today – why not upper management.” He laughed at that. When we drove away, my daughter asked, “What does, ‘bust someone’s chops mean’?” I replied, “It is a way to remind someone they are also human.”

BTW- This Wendy's is one of the best ones in town. It is also, where they train the managers for their other stores. They hold this one on a much higher standard than all the rest.

To obey is better than sacrifice… However, is there more than obedience? 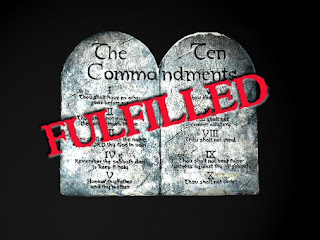 Based on a photo by Bob-Sheridan.com Some rights reserved: http://www.flickr.com/photos/demonbaby/2987147120/


To obey is better than sacrifice… However, is there more than obedience?

Something I have been pondering for a while. In fact, last night I even woke from my sleep with this idea running through my mind.

There is a progression of growth with God throughout the OT. God seems to move his chosen people away from false religion and false gods. The old gods were easy to appease, often with simple sacrifices of the people abundance. However, at times harder sacrifices were also offered. Even human sacrifice was often used to appease the gods – be the victim of the sacrifice willing or unwilling. We see echoes of this as Abraham is challenged to even sacrifice his only son. Fortunately, Abraham was stopped and another sacrifice – a ram – was offered in his sons place.

However, religion is sort of a shallow game. We see in Job that Job is a righteous man. In fact, he is a righteous gentile – which is strange to realize in a Jewish book. Job moves from giving daily sacrifice to God for safety of his family and property only to lose most of it. His peers and even a priest – and ultimately God Himself challenge him. We see Job move into a new realization that he was doing for God that he is in need of a Redeemer. Job realizes he is doing his religion but actually did not see God. God reveals Himself to Job and it is then Jobs begins a new relationship of understanding with God and in a sense, Job gets a new life.

We then turn to 1 Samuel, and read “to obey is better than sacrifice”, which is an admonishment against Israel’s thinking that they can do what they want and just give a sacrifice and get away with it. In relationships, this would be very unhealthy. God desires a relation that is deeper than sacrifice – God desires obedience.

Now, this is where it gets tricky – this is when Jesus comes into play.

Churches today still teach that we must obey, but forget that Jesus was the One Man who was able to be obedient. “No one is righteous”, as Paul states. We make up things like, “With the help of God you can be obedient” and miss this is still mixing grace and works. No, grace came through love, our works are now to be acts of love, and that God Himself is doing the works in and through us by His Spirit.

The bible teaches obedience is something we are to do – but this obedience is impossible. Jesus fulfills the Law by His obedience and then teaches us that the Law is fulfilled by Love. Loving God and loving others.

I know that I could make this easier for you if I gave verses to read – but I suspect many already know the bible well enough and recognize the verses I have given a light brush over. If now, feel free to engage me in a deeper discussion.