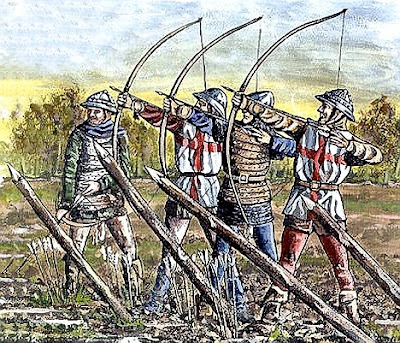 Romans 12:9 Love must be sincere. Hate what is evil; cling to what is good. 10 Be devoted to one another in brotherly love. Honor one another above yourselves. 11 Never be lacking in zeal, but keep your spiritual fervor, serving the Lord. 12 Be joyful in hope, patient in affliction, faithful in prayer. 13 Share with God's people who are in need. Practice hospitality.
14 Bless those who persecute you; bless and do not curse. 15 Rejoice with those who rejoice; mourn with those who mourn. 16 Live in harmony with one another. Do not be proud, but be willing to associate with people of low position. Do not be conceited.

17 Do not repay anyone evil for evil. Be careful to do what is right in the eyes of everybody. 18 If it is possible, as far as it depends on you, live at peace with everyone. 19 Do not take revenge, my friends, but leave room for God's wrath, for it is written: "It is mine to avenge; I will repay," says the Lord. 20 On the contrary:

"If your enemy is hungry, feed him;
if he is thirsty, give him something to drink.
In doing this, you will heap burning coals on his head."
21 Do not be overcome by evil, but overcome evil with good.
Romans 12:9-21 (NIV) 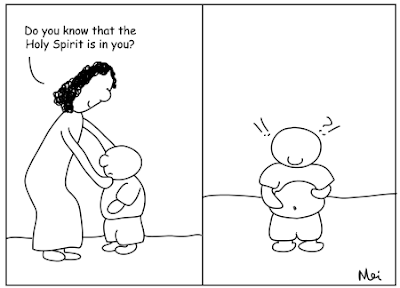 Liberalism should not be a catch all any more than conservatism... it causes unnecessary division and confusion instead of Christ-like unity and reconciliation. It is like having two monkeys fighting over a banana only to mush it before it can be used. In Christ there is no liberal or conservative, no Jew or Gentile, no male or female, no slave or master... the wall of division came down with the Cross... the empowerment to give justice, mercy, life, freedom, forgiveness came at the Resurrection through the Life of Christ who lives in and through those who believe. To make such nonsense over who is right and who is wrong only proves the bible when it states "no one is right... not one" (paraphrased on purpose) and that all our rightness comes only through Jesus. If we believe this, compassion and love will never be confused as liberalism, but be seen as Christ in us our only hope.

1 As for you, you were dead in your transgressions and sins, 2 in which you used to live when you followed the ways of this world and of the ruler of the kingdom of the air, the spirit who is now at work in those who are disobedient. 3 All of us also lived among them at one time, gratifying the cravings of our flesh[a] and following its desires and thoughts. Like the rest, we were by nature deserving of wrath. 4 But because of his great love for us, God, who is rich in mercy, 5 made us alive with Christ even when we were dead in transgressions—it is by grace you have been saved. 6 And God raised us up with Christ and seated us with him in the heavenly realms in Christ Jesus, 7 in order that in the coming ages he might show the incomparable riches of his grace, expressed in his kindness to us in Christ Jesus. 8 For it is by grace you have been saved, through faith—and this is not from yourselves, it is the gift of God— 9 not by works, so that no one can boast. 10 For we are God’s handiwork, created in Christ Jesus to do good works, which God prepared in advance for us to do.
11 Therefore, remember that formerly you who are Gentiles by birth and called “uncircumcised” by those who call themselves “the circumcision” (which is done in the body by human hands)— 12 remember that at that time you were separate from Christ, excluded from citizenship in Israel and foreigners to the covenants of the promise, without hope and without God in the world. 13 But now in Christ Jesus you who once were far away have been brought near by the blood of Christ.
14 For he himself is our peace, who has made the two groups one and has destroyed the barrier, the dividing wall of hostility, 15 by setting aside in his flesh the law with its commands and regulations. His purpose was to create in himself one new humanity out of the two, thus making peace, 16 and in one body to reconcile both of them to God through the cross, by which he put to death their hostility. 17 He came and preached peace to you who were far away and peace to those who were near. 18 For through him we both have access to the Father by one Spirit.

19 Consequently, you are no longer foreigners and strangers, but fellow citizens with God’s people and also members of his household, 20 built on the foundation of the apostles and prophets, with Christ Jesus himself as the chief cornerstone. 21 In him the whole building is joined together and rises to become a holy temple in the Lord. 22 And in him you too are being built together to become a dwelling in which God lives by his Spirit. (New International Version, ©2010)

Footnotes:
------------------------------------------------------------------------------
Somewhere between us and them, we are made alive again in Christ Jesus. How we forget that those of us who have been found by God, once were as those who still do not know the very grace of God that saves us. We are quick to judge and condemn the already condemned and short on showing the love God showed us when God called us to be reconciled. Some proudly strut in arrogance missing the humbling point of Grace. No one is worthy of Grace. Not one of us could earn God’s grace. However, God shows his very character in the Person of Jesus who imparts his Life Giving Spirit into us as we humble hear the call and receive the message of reconciliation. All this was a gift from God.
In some ways we Gentiles have it better than the Jew as we have come to a saving knowledge of Christ Jesus apart from the Law. However, there are those who still today attempt to shortchange those “saved by Grace” with teachings that compromise both the Law and Grace. In fact they turn to “principles” or “rules” or other ways to earn salvation as if Jesus was only the beginning. In fact Jesus is the beginning and the end. We are not called to be a people of principles but of the Living Word who is Jesus the Christ.
It was through Christ that the Law that separated Jew and Gentile came down. The idea that some are chosen and some are not came crashing down at the Cross and Resurrection of Jesus. Out of this destruction of the barrier of the Law came Grace that united both Jew and Gentile in Christ through faith by Grace. Through this Grace we became a “New Humanity” in Christ Jesus. Jesus offered himself as a peace offering so that those who were near God and those far away could now both enter equally through Him. Together all of us, who once were sinners worthy of death, now have been joined, Jew and Gentile as one people yet more, we have become the very Temple of God.
Posted by Unknown at 2/09/2011 06:41:00 PM 1 comment: