Wait, who did Cain marry? And that was the second Biblical "marriage"?

Funny that people who fight the most about the sanctity of marriage go the "incest route" and also hold that the Bible is literal and have no issue with Cain having a sister for a wife... or that Isaac had a half-sister for a wife and Jacob with is half-sister wife. So, what isthe definition of Biblical marriage? No, I am not saying that is good. However, here is the thing. God allowed divorce because of the hardness of man's heart so really I could build a case for it. Nevertheless.
Incest damages a person. The psychology of a child is damaged in ways that will affect that child as they grow. While being Gay is something more of a self-realization, incest is a choice made by an adult against a child. Not to also mention that if a child is conceived it has a 42% chance at being born with some serious birth defect. Some argue that just make sure they are sterile...
Another reason against incest is that it is gross. But morethis. It is linked to mental illness.
http://articles.latimes.com/1992-12-13/news/mn-3971_1_sexual-abuse
From this article:
"In their study of 75 area women receiving psychotherapy, Dinwiddie and Pribor found the 52 incest victims in that group each, on average, had suffered seven psychiatric illnesses, more than twice the number suffered by the 23 women who hadn't been sexually abused as children."
Mental illness, birth defects, abuse of power in relationships... all lead me to say incest is not good and is different than being born LGBT even if the second biblical "marriage" was Cain and his sister and our biblical patriarchs married their half-sister and no one seems to worry about that at all.
If you think I am a bit overboard here check this site out.
Posted by Unknown at 6/26/2015 08:54:00 AM No comments:

Some thoughts on Philippians 2: 5-11 and its relation to Multiple Universe Theory

5 Have this attitude in yourselves, which was also in Christ Jesus, 6 who, although He existed in the form of God, did not regard equality with God a thing to be grasped, 7 but emptied Himself, taking the form of a bond-servant, and being made in the likeness of men. 8 Being found in appearance as a man, He humbled Himself by becoming obedient to the point of death, even death on a cross. 9 For this reason also, God highly exalted Him, and bestowed on Him the name which is above every name, 10 so that at the name of Jesus every knee will bow, of those who are in heaven and on earth and under the earth, 11 and that every tongue will confess that Jesus Christ is Lord, to the glory of God the Father. 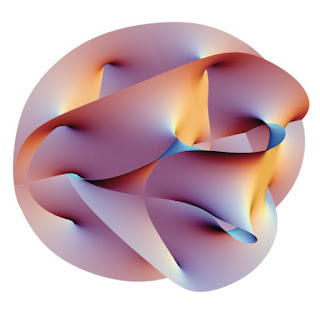 I have been thinking about this passage for years. It is one that holds my interest as it unpacks a little about Jesus’s deity and what He gave up to come to us to save us. There are some tough word choices that I think have messed up many people’s theology. To start it states Jesus “existed in the form of God”. Some take that to mean Jesus was not God but merely a form of God. Jesus was fully Man and fully God. However, this “form”, I believe, is in reference to the pre-incarnational existence of Jesus and not His earthly attributes.

Next, Jesus did not grasp for His equality with God. Why would He? Being God incarnate, Jesus would still be God but only as a human being. However, here is where it gets tricky. Jesus emptied Himself of His divinity to become a human being. This is a bit hard to grasp unless you begin to study about multiple dimensions.

According to science, there are at least 10 dimensions, (some state there is even more). They are 10, according to this PBS article. [1]

I know that is a lot to take in, and I may have lost many of you. However, this is important as I begin to unpack this idea of how/why Jesus emptied Himself by becoming a human. First let us look at the idea that there is a two dimensional person. This person can only see things from the perspective of a plain or two points. It would be like drawing a stick-man who can move right or left or up and down on a page. However, this stick-man cannot move in the 3D world. Now say, this 2D stick-man encounters a simple orb from the 3D world. The stick-man would not grasp what an orb is. Instead, from his perspective he would only see a circle with a dot in the middle of it.

Now, imagine being a 3D being, (as you already are) who wants to show a 2D person what an orb is. In a way, this is impossible. There are two possible ways to do this. One is to become a 2D person and use metaphors and other tools to explain within the 2D world what a 3D world is like. This would be much like how Jesus would state, “The Kingdom of God is like…” Jesus taught in parables that revealed higher meaning to the hearer if they had ears to hear. Jesus also performed miracles within our world. The first miracle being, Jesus emptying Himself and became a human otherwise known as the incarnation.

Another way that a 3D being would show a 2D being is to help the 2D being become a 3D being. I think this is much like the Biblical teaching of the idea of being "Born of Heaven" that is now, and the "New Creation" that is to come. In a sense, I see the idea of the multidimensional universe as an intriguing tool to show that science can open a deeper understanding for our faith. While many who have developed this multiple universe theory are atheists, I see that there is at least the possibility of a higher being that does exist in another dimension that we would not even begin to grasp. In some sense, this being might not be God or a god, but would appear to us as if they were. However, there is in my opinion the huge possibility that if there is a Higher Being it is God the Creator of all.

Dr. David Gushee: Ending the Teaching of Contempt against the Church's Sexual Minorities


Watch the whole video before you comment. I know it is long but you may have to rethink a few things afterward.

Dr Gushee is calling out that the Church rethink their position on the LGBT community. We have been wrong before and we could be wrong again. Thanks to Rachel Held Evans for bringing this to my attention.
Posted by Unknown at 6/04/2015 08:29:00 PM No comments:

So many Christians have told me I am weak on sin. Here is my response. 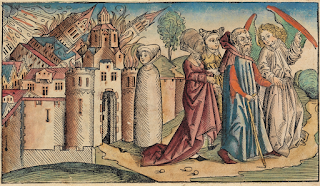 So many Christians have told me I am weak on sin. Here is my response.

A word that is mistranslated and watered down is, "sodomy". If you trace that word, it of course goes back to the story of Sodom and Gomorrah (SG). Many claim the story is about “homosexuality” but if one truly studies out the story, they find that it goes deeper than that. In fact, Sodomites were not necessarily “homosexual” but rapists. A Sodomite would go to anyone who visited their town and abuse, rape, (male, or female)… in other words, as God stated, “As I live”, says the Lord GOD, “neither your sister Sodom nor her daughters have done as you and your daughters have done. 49 Look, this was the iniquity of your sister Sodom: She and her daughter had pride, fullness of food, and abundance of idleness; neither did she strengthen the hand of the poor and needy. (Ezek. 16:48).

The issue is in how we treat one another. The issue is not about one “sin”. In fact, the translations watered down the horror that was committed by Sodomites. To water their actions to “homosexuality” diminishes the real “sin” SG committed against God. There is an infection in the Body of Christ that has allowed a citizen classism, which, in turn leads to inequality of believers. We deem some as lesser Christians than ourselves or while they may be “saved”, we put out the claim they “must change”. The unfortunate “must change” is not about God working within LGBT people the same as straight people but by our own standards of "change". The real “sin” is that we created a theology of exclusion – while Jesus preached inclusiveness. This is a weaker gospel that is not The Gospel. By making a class of people change, (do works), to be acceptable to God, we usurp the Gospel and make it no gospel at all.

We create a lie as to how to become “born from above”. We commit the error that Paul warned:

Gal. 3:1 O foolish Galatians! Who has bewitched you that you should not obey the truth, before whose eyes Jesus Christ was clearly portrayed among you as crucified? 2 This only I want to learn from you: Did you receive the Spirit by the works of the law, or by the hearing of faith? 3 Are you so foolish? Having begun in the Spirit, are you now being made perfect by the flesh? 4 Have you suffered so many things in vain—if indeed it was in vain?

The US suffers from not comprehending the evil of sodomy and has watered it down to someone being gay. This has made the true evil of (SG) reduced to a single “sin”. Sorry to say, meanwhile the US has fallen into the same sin of SG in our blood thirst for war, mistreatment of the poor, and has become the ones that persecute those that Jesus came to save. We have embraced what some call the Republican Jesus, but I call the Political and Corporate Jesus. This false Jesus is all about the bottom line -- making money and not about Salvation. ﻿By worshipping this false Jesus, we water the Gospel down and rob it of its power to save. I am calling for a New Reformation and deeper repentance that draws others deeper into Christ Jesus.