Is the Bible for kids? 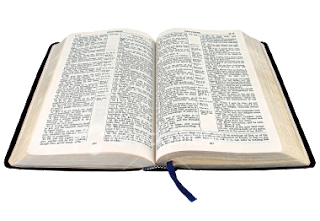 I have been toying with the idea of reading the Bible to the kids every day... not the "kiddie" Bible, but the one that is un-sanitized (mostly) and would be the one they would read as adults. Most people seem to be satisfied with giving the kids the sanitized version; however, that seems to me, those versions often miss the point. For instance, you miss the nuances of the backstory of Samson’s prostitution issue that leads him later to lose his hair, eyesight, and strength.[1]

Another example would be Lot’s daughters getting their father drunk to have sex with him so they could have children. [2] I know my kids have no idea what incest is, nor would need someone try to explain why Cain and Able could take their sister’s as wives, but it is wrong now. [3]Need I even bring up Ezekiel and the “genitals were like donkeys”? [4]

I am at a crossroads to let my children be children and as Paul states, “put away childish things” later, or begin the horrific journey of speaking to my kids of the violence (though they get that as they watched “The Bible” on the History Channel) and sexual content of the Bible. I mean, I am diligent to make sure my kids do not watch shows that are, as I say, above their pay scale as far as content. I do confess we now allow them to watch movies with more violence as we allow an occasional PG13 movie.

So, parents, where do you stand? Do you read the sanitized versions that may lose the core truth the Bible is stating? On the other hand, do you have an age you will begin the journey to read the bible, as it is, to your kids? Alternatively, do you weed out or ignore the portions that may not be kid appropriate? I know my son wants to read 1 Kings and I am fine with that, though I think the Gospel of John would be a better start. He is turning 10 in January, and my daughter is eight.