A twist on a quote by Rick Warren

Rick Warren has been being quoted around the internet with his "Two lies" comment. I read it and it seemed off. After praying about it, here is my version. 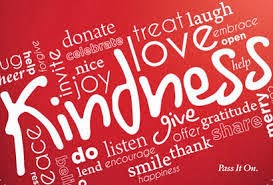 Our culture has accepted two lies: The first one is that Christianity is a lifestyle. The second is to reduce groups of people to a generic "lifestyle" when the people are just... People. While you may not agree with other people, that does not mean you need to compromise compassion as a Christian, as that is what we are called to be -- compassionate. We are all sinners who need Jesus. We are to live His Life, and not settle for group-think for our attitudes and values. We are to value others as Christ values all humanity. Stand with me on the conviction of being a compassionate Christian this year. ~ Carlos Shelton
Posted by Unknown at 12/23/2013 07:36:00 PM No comments:

If "God hates fags" is true, then the Bible is a lie. 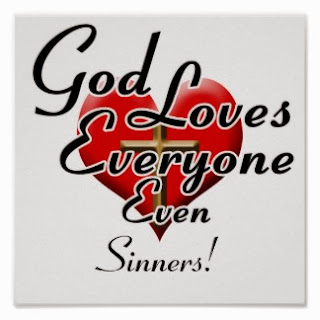 If "God hates fags" (or even stated in its mildest form), is true, the Bible is a lie. Jesus did not come to condemn already condemned humanity; He came to save us all equally by Grace. If you preach the gospel of condemnation, you preach a false gospel.

So many "Christians" preach the gospel of condemnation. Paul wrote addressing this as being a minister of death and not life. Jesus came to give us life and save us from death. You hate GLBT people? You hate Jesus and what he came to do. You also deny the teachings of the bible that speaks clearly against 'hating" others, and instead love them. Read your Bible... I do... Do not be all caught up in controversies that have no eternal value! Speak boldly, but with love and with knowledge of the Truth. Loving others is greater than tolerance. We are called to love. It is a commandment of Jesus to love others. This commandment also comes with the warning that if you do not, you never knew God nor does He know you.

2 Corinthians 3:4-18
New King James Version (NKJV)
4 And we have such trust through Christ toward God. 5 Not that we are sufficient of ourselves to think of anything as being from ourselves, but our sufficiency is from God, 6 who also made us sufficient as ministers of the new covenant, not of the letter but of the Spirit; for the letter kills, but the Spirit gives life.

9 For if the ministry of condemnation had glory, the ministry of righteousness exceeds much more in glory. 10 For even what was made glorious had no glory in this respect, because of the glory that excels. 11 For if what is passing away was glorious, what remains is much more glorious.

12 Therefore, since we have such hope, we use great boldness of speech— 13 unlike Moses, who put a veil over his face so that the children of Israel could not look steadily at the end of what was passing away. 14 But their minds were blinded. For until this day the same veil remains unlifted in the reading of the Old Testament, because the veil is taken away in Christ. 15 But even to this day, when Moses is read, a veil lies on their heart. 16 Nevertheless when one turns to the Lord, the veil is taken away. 17 Now the Lord is the Spirit; and where the Spirit of the Lord is, there is liberty. 18 But we all, with unveiled face, beholding as in a mirror the glory of the Lord, are being transformed into the same image from glory to glory, just as by the Spirit of the Lord.﻿
Posted by Unknown at 12/22/2013 07:31:00 PM No comments:

We told our kids there was a Santa 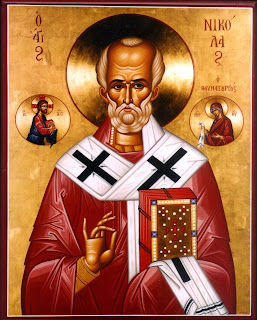 We told our kids there was a Santa.

The funny thing is, I was once in a debate with an atheist who held the "anti-Claus" view. "If you believe in Jesus, you might as well believe in Santa Claus and the Easter Bunny. I said, "while the bunny is fictional but based on Paganism however, St Nick did exist as a historical person... " The atheist still mocked me for believing in a historical person! LOL!

The point is, if one takes time to look at the "Spirit" behind Christmas, (not the Walmart part), it centers around Jesus. Santa Claus, is not to be feared or hated by Christians, but should be taken back from commercialism. The truth of his life should be taught to our children as an inspiration how Jesus changed a man named Nicholas who followed the way of Jesus who in turn loved others. ﻿

Here are a couple of sites that
http://www.stnicholascenter.org/pages/who-is-st-nicholas/

I'm dreaming of a white, Jesus. Just like the one I used to know! 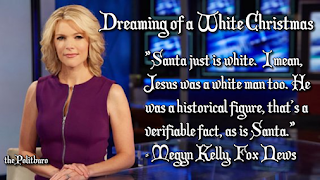 While stating Jesus and Santa as being "white" is bogus, there was a historical figure named St. Nicholas though much of his story is legend and myth.
http://www.biography.com/people/st-nicholas-204635
http://www.whychristmas.com/customs/fatherchristmas.shtml
http://www.history.com/topics/santa-claus
"The Legend of St. Nicholas
The legend of Santa Claus can be traced back hundreds of years to a monk named St. Nicholas. It is believed that Nicholas was born sometime around 280 A.D. in Patara, near Myra in modern-day Turkey. Much admired for his piety and kindness, St. Nicholas became the subject of many legends. It is said that he gave away all of his inherited wealth and traveled the countryside helping the poor and sick. One of the best known of the St. Nicholas stories is that he saved three poor sisters from being sold into slavery or prostitution by their father by providing them with a dowry so that they could be married. Over the course of many years, Nicholas's popularity spread and he became known as the protector of children and sailors. His feast day is celebrated on the anniversary of his death, December 6. This was traditionally considered a lucky day to make large purchases or to get married. By the Renaissance, St. Nicholas was the most popular saint in Europe. Even after the Protestant Reformation, when the veneration of saints began to be discouraged, St. Nicholas maintained a positive reputation, especially in Holland."
So, yes, there was a St. Nicholas who later became the legendary Santa Claus. The fictional character in the red suit giving polar bears coca cola is based loosely on that historical figure. But in fact, he was a true historical figure.... Was he white? I think that misses the point of the Spirit behind St Nicholas' motivation to love others and live his life. While Turkey is now a melting pot having a variety of different skin colors, hair, and eye color, it traces back to the Mediterranean type of people... Meaning darker (olive) skin and most likely brown eyes...  So, if we go back to the time St Nicholas was born in Turkey around 280 AD, he most likely looks as I just described. Jesus was middle eastern, so again, darker skin tone, and dark hair... Not even close to being the white, blonde, English speaking, Jesus we see in too many movies. Megyen Kelly is stupid and Fox News is apparently racist. And a little bit of research on Fox News' part would go a long way in rebuilding their reputation... Letting ignorant people speak only shows the level of integrity and lack of education these idiots have.
Posted by Unknown at 12/13/2013 01:27:00 AM No comments:

Getting ready for Christmas... You? 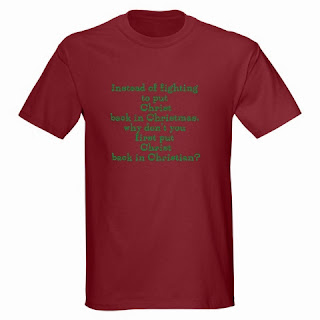 God so loved; but do you?

You think you need to point out other's sins? How about loving others as Christ loved you instead? If Jesus did not come to condemn (already condemned humanity) then why do you think condemning others works? You who condemn others are wasting your time. Why condemn the condemned when you can bring Light and Life to those through the same love that Jesus gave you. Read the verses below carefully, and let the words sink in. Just maybe, the understanding of being a moralist versus a Christian may come to you before you point out others "sin".

16 For God so loved the world that He gave His only begotten Son, that whoever believes in Him should not perish but have everlasting life. 17 For God did not send His Son into the world to condemn the world, but that the world through Him might be saved.

18 “He who believes in Him is not condemned; but he who does not believe is condemned already, because he has not believed in the name of the only begotten Son of God. 19 And this is the condemnation, that the light has come into the world, and men loved darkness rather than light, because their deeds were evil. 20 For everyone practicing evil hates the light and does not come to the light, lest his deeds should be exposed. 21 But he who does the truth comes to the light, that his deeds may be clearly seen, that they have been done in God.”