Thoughts on Satan, Job, Jude and all things adversarial 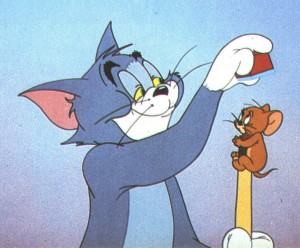 Picture source
My half of a conversation between a friend on FB and myself.

Jude 1:6 And the angels which kept not their first estate, but left their own habitation, he has reserved in everlasting chains under darkness to the judgment of the great day.

Free will was given to the angels and they chose to leave their habitation thus leaving the presence of God so God taking the stronger ones chained them in Tartarus. Now, what interests me is that most of this comes straight from the Book of Enoch. Is it true or based on fables and used as an example for us.

I think Job shows the type of battle with "powers and Principalities of the air" that Paul talked about. However before we jump into "demons and wizards" remember in Jewish thought, Satan was not necessarily a "being" but an arch-typical adversary and could have stood for anything that was "adversarial" which means it could have been symbolic.

While we could carry over the Book of Enoch, I prefer to explore the idea of "satan" as being any type of adversary that keeps us from God. That opens up a whole can of beans without Demons and such.

The idea that anything (such as the case of Job being attacked in a "spiritual" sense) could be a spiritual attack could Job's children been a point of idolatry (though the Bible states Job was "righteous" in God's eyes... which should in itself tweak some people's theology as it does my own.)

So, in a sense anything standing between God and man could be seen as adversarial and thus even Job's children could have been a stumbling block or Job's pride in his own righteousness that comes out later just before Elihu shows up (don't he seem like Jesus?)

I see that we freely chose and God responds. As Job chose to whine, God explains clearly that Job has no right to whine as "I am God and owe you no explanation for my actions". I think that the Grace of God is shown in the fact that though God does not owe us an explanation is shown in the irony that we have the story of Job to reveal a part of God not known. I see job as God's winking at us a bit. It is like, "Here is the story of a man who suffers more than anyone, yet in the end he prevails. I did not need to tell you this story, but by grace I have as I love you."

So in a sense if Satan is just any adversarial issue (right word?) then these powers have been chained (symbolically) in darkness and we have the power and blessing of God to overcome them.
Again, that is my humble opinion. LOL!
Posted by Unknown at 7/08/2012 08:15:00 PM 3 comments:

This is take from a discussion with my OT professor on the side. His question was, "Isn't it the case, though, that the 'redeemer' that Job envisions is someone to stand between him and God, making God is adversary. Also, are we not being a bit "Job centered"?" 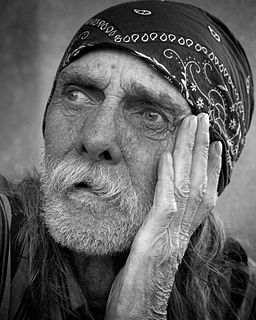 I do  think that believing we need a mediator or redeemer makes God an adversary -- from our perspective. I believe that God has never really been that adversary but like in the case of divorce, God in a sense knew the heart of humanity was hardened. When we find that our true redeemer is Jesus, and that Jesus was the incarnation of God, it is then we realize that God never was our adversary but was always for us. Of course we now have the benefit of historical revelation to look back and understand. I think that faith and humility was and still is the core of our part of salvation for "God resists the proud and gives grace to the humble" (James 4:6). In that verse we find that when we humbly accept the love and realize how forgiving God is through Jesus, we receive the grace to walk in. We are thus saved by grace. We are first loved, then learn to walk in the gift of faith God has given us.

God never was an adversary to me, while God allows things, again, we need to either take responsibility and make sure things like kids dying of starvation in Africa does not happen or realize that just sometimes we need to stand in faith as God is doing something greater than we can understand and know. At times, and maybe this is extra-biblical (Book of Enoch-ish) but at times I wonder if all this is about proving that Satan is worthy of his judgement. That God created mankind to show Satan that a creation can and will love God in their own free will. If Job shows us one thing is that there is hope in humanity when we humbly accept what God is doing. Humanity may not like it or understand it, but imagine if all people humbly began to seek out ways to love others... what would this world look like?
Posted by Unknown at 7/06/2012 09:35:00 AM No comments: