Re-post Universalism: Why I do not agree 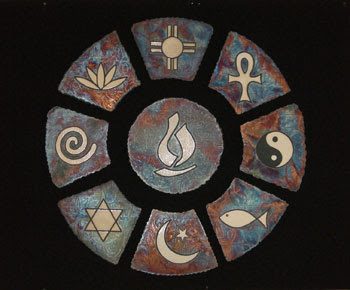 This is a re-post. I want to say that I have encountered many who are "Christian Universalist" In the future I will write more on the difference between traditional Christian Universalist and Universal Atonement. I claim to be a Universal Atonement believer, yet with a caveat. I do not see reconciliation at the Cross as salvation. I see that we must receive the Life of Christ to have eternal life. We are all reconciled unto the Father through Jesus, yet forgiveness does not equate salvation. Reconciliation happened at the Cross and continues as we continue to grow in our faith, If we do not grow, then we have forfeited our reconciliation. Most will equate forgiveness with salvation. If one does then there was no need for the Resurrection.
Romans 5: 10. For if, when we were God's enemies, we were reconciled to him through the death of his Son, how much more, having been reconciled, shall we be saved through his life! 11. Not only is this so, but we also rejoice in God through our Lord Jesus Christ, through whom we have now received reconciliation.
Universalism: Why I do not agree

Universalism has become a major topic… as with hell. The idea of Universalism is I believe based on great compassion. Traditionally and historically that was the origin of universalism in the Christian church.

Though that is commendable… that some taught that we “Saints” had (or will have) such great compassion as to move the heart of God that He decides to purify and bring the unrepentant back to salvation, I see that there is some grave error.

For some brief historical background I recommend that one might look at some of these links ( I may not agree with everything from these websites though I thought some of these pages of interest):

HISTORY OF OPINIONS ON THE SCRIPTURAL DOCTRINE
OF RETRIBUTION BY EDWARD BEECHER, D. D.


I have personally come across Universalism in the Apocalypse of Peter in which Jesus is showing Peter hell… and at one point seems to insinuate that those in hell will suffer for a time… and be saved after being purified by the fire.

Again, compassion is a great thing. Yet if it is based on error, then it can not lead us in TRUTH.

The issue is to me in 1 Cor 15: 22. For as in Adam all die, so in Christ all will be made alive. 23. But each in his own turn: Christ, the firstfruits; then, when he comes, those who belong to him. 24. Then the end will come, when he hands over the kingdom to God the Father after he has destroyed all dominion, authority and power. 25. For he must reign until he has put all his enemies under his feet. 26 The last enemy to be destroyed is death. 27. For he "has put everything under his feet." Now when it says that "everything" has been put under him, it is clear that this does not include God himself, who put everything under Christ. 28. When he has done this, then the Son himself will be made subject to him who put everything under him, so that God may be all in all. (NIV)


Now, notice a couple of things here:
1. This is concerning the “end” after Jesus has destroyed “ALL dominion” … in that all kingdoms that are not part of God’s Kingdom… will be destroyed. Yet, even before this Paul is talking about… “so in Christ all will be made alive.”

Colossians 1: 19. For God was pleased to have all his fullness dwell in him, 20.
and through him to reconcile to himself all things, whether things on earth or things in heaven, by making peace through his blood, shed on the cross.

I see here is one of the key issues. I believe that everything created has been reconciled back to Christ through all things were created. Yet, reconciliation… was by the cross and shed blood of Jesus. I have often expressed that forgiveness and salvation are not the same thing nor to be equated as such… so to say Forgiveness = Salvation is not true based on the teaching so scripture. As I have stated before this thought leads to two paths.

Neither of these are truly valid and correct in my view as they negate each other much as Armenianism and Calvinism does.

Forgiveness was inclusive and universal… for all! One can find the verses in numerous place… but the best known is John 3:16

Yet, salvation is based on one’s relationship with Jesus. Does one need to know the Name of Jesus to be saved… ahhh… that is another topic for later. In that I am not fully convince one need know “Jesus” as “The Name” as that sort of seems to lead to the error of Jehovah Witnesses.

The other error though is to think that because “all creation” has been redeemed, that included those outside of Christ.

Do I believe the earth, animals and such are redeemed? I do… very much, yet scripture teaches these things fell under the dominion of darkness because man fell… not because creation was evil in and of itself.


(A side note here, some seem to teach “flesh” is evil… and I see that is not true… some fleshly desires are corrupt. Yet, flesh is not evil in and of itself. In fact to believe so is to be more in-line with the error of the Gnostics who taught Flesh as evil and Spirit as good. We tend to this in our modern teachings today… even some early church fathers confused this with the misunderstanding of “saved by penance and faith” (CCC 1470) instead of “by grace you have been saved, through faith”… In that we must subdue the flesh and then be justified… Which then nullifies the works of Christ).

Yet again, if one looks closer the verse is about those who are redeemed.


Col 1: 21. Once you were alienated from God and were enemies in your minds because of your evil behavior. 22. But now he has reconciled you by Christ's physical body through death to present you holy in his sight, without blemish and free from accusation-- 23. if you continue in your faith, established and firm, not moved from the hope held out in the gospel. This is the gospel that you heard and that has been proclaimed to every creature under heaven, and of which I, Paul, have become a servant. (NIV)

In this passage, it says we once were “alienated from God and were enemies in our minds”… what this is talking about is the regenerated mind… the transforming of our minds… (Rom 12:2)

Yet, of those who are not being transformed… and stay in their corrupt state of mind…

Rom 1: 28. Furthermore, since they did not think it worthwhile to retain the knowledge of God, he gave them over to a depraved mind, to do what ought not to be done. 29. They have become filled with every kind of wickedness, evil, greed and depravity. They are full of envy, murder, strife, deceit and malice. They are gossips, 30. slanderers, God-haters, insolent, arrogant and boastful; they invent ways of doing evil; they disobey their parents; 31. they are senseless, faithless, heartless, ruthless. 32. Although they know God's righteous decree that those who do such things deserve death, they not only continue to do these very things but also approve of those who practice them. (NIV)

(A side note: I think that anyone who intentionally does the things listed and justify it in their minds and call themselves “Christian” better with most certainly check their hearts and seek God. For in the Letters of John it is clear to “hate your brother” is a sign the TRUTH is not in you. I also see that there are some that justify their actions and commit slander, gossip and go out of their way to harm others… this to me cuts across the teaching of Christ to negate the works of the Cross and deny the Life of the power of the Resurrection. We must as believers in Jesus, seek to be as He described Himself in Matt 11:28-29 “I am gentle and humble in heart”).


To me there is a big difference in those who are growing in the Grace and Knowledge of Christ and having the minds renewed by the Holy Spirit, and those who desire to not accept the gift of Life, let alone the forgiveness at the cross.

In that God is just… and merciful. Yet, when one does not desire mercy, nor grace, God will not force it on them. In many ways He gives them the desire of their heart… or rather “He gave them over to a depraved mind”.

Not a great note to leave on, yet I hope that the TRUTH will set you free to seek God in a richer and deeper way… desiring the heart and mind of God.

1) in terms to delineating forgiveness not equating salvation. Good point.

2) You also appear to demolish dualism that is sometimes persistent in Evangelical/Fundamentalist circles (ie a side note here, some seem to teach “flesh” is evil…) Good clarification.

3) Reference to 1:28 and our intent is also a good warning, and reminder.

4) Although I'm not a universalist, I'm not sure I would be totally persuaded by the argument.... however upon saying that you provide a good foundation it which to further your view on this. My suggestion is to keep building on this.

Which view of salvation is true?