A quick look at the Ten Commandments 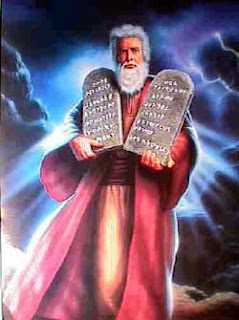