God or Angels - the Law of Moses

I even fell for it. People use the clearing of the temple as a rationalization for violence. I mean if Jesus is violent then we have a great fake story in the Book of Revelation. However, the bible speaks clearly of Jesus in prophecy.
Therefore, either Jesus was violent and the bible lies or Jesus was not violent.
Since Jesus is the image of the Father and His representation, then God is not violent.
So, again, if Jesus represents the Father and the bible states Jesus was NOT violent - then what do we do with all the OT violence that is supposedly from God?
Acts 7 has some interesting thoughts. The Law of Moses came not from God but through angels. The violence of the OT is often because of Angels and not directly God. 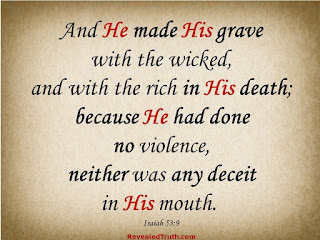 Isaiah 53: 9.  And they made His grave with the wicked but with the rich at His death, because He had done no violence, nor was any deceit in His mouth.

Acts 7: 35 "This Moses whom they rejected, saying, `Who made you a ruler and a judge?' is the one God sent to be a ruler and a deliverer by the hand of the Angel who appeared to him in the bush.